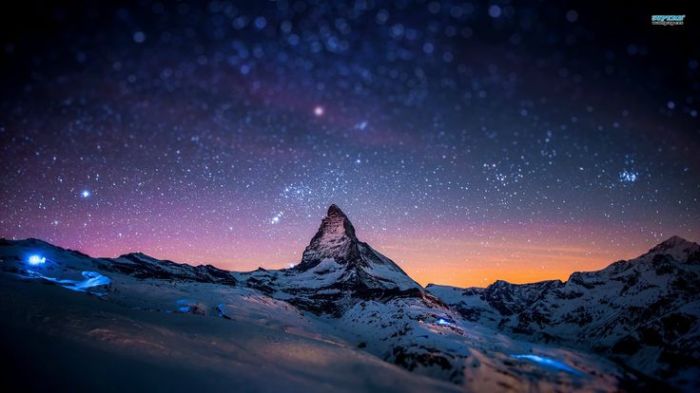 They say electricity drove away the fairies. Does it kill all belief?

I find it a lot easier to be absolutely terrified when it’s pitch black out. The last time that happened, I was in a national forest in the mountains, trying to find my way back to my car. My imagination, being mine, was convinced that the woods were full of thieves and I was about to be dead.

As a kid, prayer had a wonderfully soothing effect on my fear or the dark, but my devout spirituality cratered mid-highschool.

Every angry, nostalgic nerd claims that things were better back when he was a kid. Original Star Trek was better; the latest movie in an unholy abomination. Han Solo shot first; the new movie is an unholy abomination. The video games were awesomer, the school curriculae were smarter, the Christmas lights were merrier.

Even Santa Claus was way better when I was 5.

Does everything go to shit with time? Or do we just look at the world through different glasses when we’re little kids? Do we just believe more? Are there monsters under the bed, or just in our imaginations?

We adults don’t fear the dark–and why should we? Look at all of our lights. It’s 2 AM, and I can see my hands! I could write this post on notebook paper without even straining my eyes.

But when the electricity is gone and I’m left in the real, true, dark, suddenly the all of the emotions–not just the fear–come back. They’re stronger in the dark. In the childhood of dawn, we still believe there are things that go thump in the night, but in adulthood and the noonday sun, we’re atheists.

What was life like before electricity? When candles were a luxury?

It is pretty easy to massively over-estimate the amount of light people had at night. I see it frequently in fiction–characters easily reading or noticing each other’s expressions by candlelight.

Candles and fires don’t give off all that much light. And they are costly. Nights were dark. And long.

As much as I enjoyed Christmas as a child, I never felt like it had much to do with winter. When I grew up, I moved to a latitude where the winter sun had set by 4 pm, the rivers froze, and I walked home each night through this icy darkness. When the town strung up Christmas lights and handed out hot cocoa, what a welcome relief they were! So that’s why we lit candles in the winter, took comfort in their light.

When I visit my relatives in the country, I am suddenly confronted with the Milky Way; uncountable thousands of stars thrown like jewels into the darkness. Who has not beheld it and felt the majesty and awe of the universe?

When I look at the stars, I feel as if I am about to fall off the Earth and tumble headlong into the universe, the infinite void.

And from this unutterable blackness, this void, this trembling fear at the universe, do we draw our belief all things mystical. Is this where the idea of gods and ghosts and demons came from? (Angels, I suspect, could only have come at dawn.) When you grandmother tells you a ghost story in a pitch-black house while winter rages outside, what choice do you have but to believe her?

But then the lights came on… and belief flickered off.

11 thoughts on “Did Electricity kill Religion?”