Skip to content
HomeLove in the Time of Corona 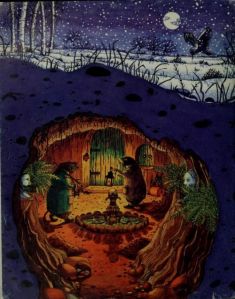 Sorry for the late post, guys. I’ve been voluntarily quarantined at home and lost track of the days. I was a little worried at first: would I start to feel antsy after spending multiple days indoors? Would I get bored? But never fear; I have adapted to the burrowing mole lifestyle with remarkable ease. Aside from milk, which is difficult to buy in bulk, we have enough food, books, games, and cleaning supplies to last for a good while.

How are the rest of you doing? Are you holding up okay?

I’ve been following the progress of covid-19 since news started emerging in China, but didn’t want to say much about it because I am neither a doctor nor a virologist, and don’t want to contribute to misinformation on such a serious topic. I am naturally prone to worrying about diseases and I have played those infection simulation games where you try to create a virus that infects the world, so I have been trying to find good reasons not to spend all of my time worrying for the past couple of months. Maybe China will get the virus under control, maybe there is something special about the Chinese that makes them prone to it, maybe air pollution or smoking are a big deal, maybe population density or sanitation are issues, etc. After all, ebola was plenty worrying (it seems to make people explode,) but never managed to spread in the first world because of our decent hygiene standards. (Pro tip: don’t explode in the water supply and don’t drain your diseases relatives of fluids prior to burial.)

But the news since January, as I’m sure you all know, has not been good. Whatever excuses we might make for Chinese death rates don’t particularly apply to Italy (or Iran). I’ve heard enough stories of people in their 20s and 30s needing to be intubated or put on ventilators to consider this a quite problematic virus.

The reactions of different countries (and people) to the virus have been interesting. We’ve lived most of our lives in a period of relatively low infectious diseases. Sure, HIV was terrifying in the 80s, but once they got it out of the blood supply, it was actually pretty hard to catch. If you’re older, you probably remember polio, and if you’re in my grandparent’s generation, you may remember measles, mumps, and rubella. But we’ve had many decades of relative infectional peace, unlike the accounts I’ve read of life before.

If you loved the Little House books as much as I did, you’ll remember the time the family caught malaria:

In the daytime there were only one or two mosquitoes in the house.  But at night, if the wind wasn’t blowing hard, mosquitoes came in thick swarms.  On still nights Pa kept piles of damp grass burning all around the house and the stable.  The damp grass made a smudge of smoke, to keep the mosquitoes away.  But a good many mosquitoes came, anyway. …

In the morning Laura’s forehead was speckled with mosquito bites…

Laura did not feel very well.  One day she felt cold even in the hot sunshine, and she could not get warm by the fire… She was tired and she ached.

Ma and Pa looked a long time at each other and Ma said, “The place for you girls is bed.”

Since the whole family was affected at once, none of them was able to care for the others; it was up to Jack, the family’s bulldog, to seek help:

An arm lifted under her shoulders, and a black hand held a cup to her mouth.  Laura swallowed a bitter swallow and tried to turn her head away, but the cup followed her mouth.  The mellow, deep voice said again, “Drink it.  It will make you well.”  So Laura swallowed the whole bitter dose…

Next morning Laura felt so much better… She lay and watched Mrs. Scott tidy the house and give medicine to Pa and Ma and Mary.  Then it was Laura’s turn.  She opened her mouth, and Mrs. Scott poured a dreadful bitterness out of a small folded paper onto Laura’s tongue…

Then the doctor came.  And he was the black man.  Laura had never seen a black man before… She would have been afraid of him if she had not liked him so much.  He smiled at her with all his white teeth.  He talked with Pa and Ma, and laughed a rolling, jolly laugh.  They all wanted him to stay longer, but he had to hurry away.

Mrs. Scott said that all the settlers, up and down the creek, had fever’n’ague.  There were not enough well people to take care of the sick, and she had been going from house to house, working night and day.

“It’s a wonder you ever lived through,” she said.  “All of you down at once.”  What might have happened if Dr. Tan hadn’t found them, she didn’t know.

Dr. Tan was a doctor with the Indians.  He was on his way north to Independence when he came to Pa’s house.  It was a strange thing that Jack… had gone to meet Dr. Tan and begged him to come in.

“And here you all were, more dead than alive,” Mrs. Scott said.  Dr. Tan had stayed with them a day and night before Mrs. Scott came.  Now he was doctoring all the sick settlers.

You probably also remember when Mary went blind from scarlet fever: “Mary and Carrie and baby Grace and Ma all had scarlet fever. Far worst of all, the fever had settled in Mary’s eyes and Mary was blind.” Though Mary was probably actually affected with meningoencephalitis–scarlet fever doesn’t make people go blind–scarlet fever was plenty fearful, with a case fatality rate of 15 to 30 percent (in the 1800s).

A CFR of 15-30% puts something like coronavirus, with an estimated CFR of 1-3%, in a bit of perspective. People used to die a lot. In the early 1800s, childhood mortality was around 45% (globally.) In the 1950s, childhood mortality in western Europe was still above 10%; today, even Africa is below 10%. (For sources, read here; lots of interesting data.) This implications of this change in mortality rates are quite under-discussed (among other things, it has probably contributed to our lower fertility rates, since families don’t need to have as many children to be confident of raising a few to adulthood.)

Our ancestors had little choice but to accept that death as a constant specter that haunted their lives. We, on the other hand, don’t. Whether our current approach is the correct approach, of course, remains to be seen–and unfortunately, we burned a good month and a half of advanced warning on petty bickering to score political points and asinine bureaucratic red time that I’ve been saying is the  devil for a decade and a half.

Stay in if you can, stay healthy, and take care.

4 thoughts on “Love in the Time of Corona”