I was thinking about Japan, which from all of the accounts I have heard is a pleasant country that has entered the modern age without losing too much of its traditional charm. How does a country manage that?

If I had to pin down a definition for iconoclasm that works, it is rapid, intentional, intergenerational change. That is, it is any intentional change that creates a discontinuity between a father and his sons. Progressivism is a cult of iconoclasm. We have had more unintentional change in the last two centuries than at any other point in human history, and progressivism has ridden that change into social disintegration, which has allowed will to power to overwhelm social restraint. To clarify, iconoclasm is a natural instinct, and is a useful tool in the right context. Divorced from its appropriate context, iconoclasm is a spiritual cancer.

I think the solution is having a countervailing cultural sense that opposes unnecessary changes–that is, a sense that some things are sacred.

If we start from pure animism and progress to today, we have an infinite supply of divine loci reducing down to one (or none). Each successive bout of iconoclasm was a valid coup, whereby the new, less idolatrous elite replaced the previous elite within the same ingroup. … What makes today special is that the postmodern sociopathic status maximiser has no ancient and powerful elite iconography to push off of and looks for anything that resembles divinity.

The difficulty, if you’re an American, is that so much of our “culture” is now created by corporations (were the favorite stories of your childhood the ones your parents made up for you, or did they come from Disney?) that it’s hard to find anything worth declaring sacred.

Within this context, the traditional American religion (Protestantism) has been lost. Church membership is plummeting across the board. Meanwhile, Progressivism has stepped into Protestantism’s shoes, replacing the original sin of fructal disobedience with the original sin of slavery and racism. An like all new religions, Progressivism can no longer stand the icons of its predecessor. 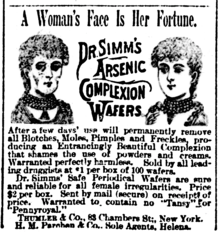 To be clear, even people who call themselves “Protestant” are, today, mostly Progressives. Progressivism grew out of Protestantism, yes, but its memetic immune system no longer recognizes itself as such, hence its attack on its own ancestral religion.

Just as advertisers will try to convince you that you have a problem you had never noticed before in order to sell the cure, for religions to spread, they also have to convince you that they have the cure to the problem you didn’t realize you had. (By contrast, already established religions only have to convince you to stick around and have children–which wasn’t all that difficult before the invention of birth control.) We are currently in what amounts to a religious frenzy which demands that we interpret even the most mundane events as evidence of man’s continued sinfulness, eg:

The conversation led me to tears (I complete broke down in front of students… which has happened 3 times in my 10 year career), but I'm grateful to have facilitated it. I found #coronavirus to be a powerful connection to our science curricula (we're in a cell biology unit), 3/

One of my kids thinks pasta is disgusting, and she expects her students to be okay with bat soup? This isn’t racism; this is a normal human reaction to unfamiliar foods–and she’s crying over it. God forbid she should ever have a disabled or autistic student with actual food restrictions.

What I’m for is formalising our faith into a more enduring religion. So many people have been so far below replacement for so long that they really do see the end of the world looming (their genes ain’t carrying on into the future), but for the rest of us, we need things to pass to our children – and more importantly their children – and connect them to what came before.

A lot of our problems probably stem from being in this historically unusual state of so many people having so few relatives around.

Underneath this is the level of machine language, completely inaccessible to normal humans, and largely inaccessible to even the most motivated. Humans generally do not belong on this level. Nobody really understands the Matrix as the Matix, but some (like Yarvin, imo) can understand it with some focus. Those who are able to comprehend reality on this level find it difficult, if not impossible to persuade others who cannot see what they see.

This is of course both the “red pill” and Plato’s allegory of the cave.

It is really distressing to look into reality and feel like suddenly you see all of the parts underneath, the things casting the shadows, and to yell at everyone that “hey, look, that’s not a dog, that’s a guy making his hands look like a dog!” and have most people just look at you like you’re crazy. Or to give a real life example, I see people arguing over this or that Democratic candidate’s policies as though they mattered when really, most voters will just vote for whomever gets the nomination, and the nomination will most likely go to whomever seems most establishment. All of this worrying over policies is meaningless drama.

That’s why I’ve got 1,000+ posts on this blog, after all: trying to explain my thoughts so I can communicate with others.

I’d still like to know WGD’s personal mechanism for decrypting the Real, even if necessity forces it to be framed in language that doesn’t sound sane.