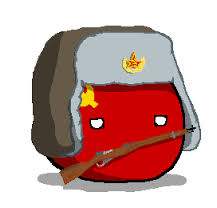 Complex systems, because they must be homeostatic to exist at all, can absorb and disguise the symptoms of a great deal of internal stress.

The collapse of the Soviet Union remains one of the great mysteries of Political Science, not because it happened (that is easy enough to understand,) but because Political Scientists did not predict it.

The big problem with planned economies is that their incentive structures make self-correction almost impossible. For example, when the law allowed Soviet officials to confiscate unlimited quantities of grain in 1932, about 7 million people died. The people who could see the famine happening were not the ones with the power to change tax laws nor the incentives pressuring officials to confiscate so much grain in the first place. As Wikipedia relates:

From the 1932 harvest, Soviet authorities were able to procure only 4.3 million tons as compared with 7.2 million tons obtained from the 1931 harvest.[49] Rations in town were drastically cut back, and in the winter of 1932–33 and spring of 1933 people in many urban areas were starved.[50] The urban workers were supplied by a rationing system (and therefore could occasionally assist their starving relatives of the countryside), but rations were gradually cut; and by the spring of 1933, the urban residents also faced starvation. At the same time, workers were shown agitprop movies, where all peasants were portrayed as counterrevolutionaries hiding grain and potatoes at a time when workers, who were constructing the “bright future” of socialism, were starving.[51]

Excuse me. I need a moment.

Say what you will for libertarianism, it has at least the basic ingredients for a self-correcting system. A farmer, left to his own devices, will not sell so much of his own grain that he starves. A factory owner will not order incorrect parts for his own factory because his profits would suffer. But in a planned economy, the person doing the ordering or deciding how much grain to sell does not personally benefit (or suffer) from these transactions, and so has no interest in their efficiency. Their incentives are totally different–they have a boss higher up in the party to please; they are required to increase the efficiency of Sector G; they are supposed to hire more people people from underrepresented groups; etc.

Most information in the Soviet economy flowed from the top down. There were several mechanisms in place for producers and consumers to provide input and information that would help in the drafting of economic plans (as detailed below), but the political climate was such that few people ever provided negative input or criticism of the plan. Thus, Soviet planners had very little reliable feedback that they could use to determine the success of their plans. This meant that economic planning was often done based on faulty or outdated information, particularly in sectors with large numbers of consumers. As a result, some goods tended to be underproduced, leading to shortages, while other goods were overproduced and accumulated in storage. Low-level managers often did not report such problems to their superiors, relying instead on each other for support. Some factories developed a system of barter and either exchanged or shared raw materials and parts without the knowledge of the authorities and outside the parameters of the economic plan. …

The cumbersome procedures for bureaucratic administration foreclosed the free communication and flexible response required at the enterprise level for dealing with worker alienation, innovation, customers, and suppliers. During 1975–85, corruption and data fiddling became common practice among bureaucracy to report satisfied targets and quotas thus entrenching the crisis.

Castellano writes in Causes of the Soviet Collapse:

Around 1975, the Soviet Union entered a period of economic stagnation from which it would never emerge. Increasingly, the USSR looked to Europe, primarily West Germany, to provide hard currency financing through massive loans, while the U.S. became a major supplier of grain.[1] Despite moments of anti-Communist grandstanding, the Americans and Western Europeans maintained trade relations with the cash-strapped Soviet Union, which dipped into its Stalin-era gold reserves to increase availability of consumer goods.

Foreign trade and mild economic reforms were not enough to overcome the inefficiencies of the Soviet command economy, which remained technologically backward and full of corruption. Economic planners were frequently unable to diagnose and remedy problems, since they were given false reports by officials who only pretended to be productive. Soviet living standards remained poor by Western standards. By 1980, only 9 percent of Soviets had automobiles, which was actually a vast improvement under Brezhnev.

One of the greatest strengths of Soviet economy was its vast supplies of oil and gas; world oil prices quadrupled in the 1973-74, and rose again in 1979-1981, making the energy sector the chief driver of the Soviet economy, and was used to cover multiple weaknesses. During this period, USSR had the lowest per-capita incomes among the other socialist countries.[49] At one point, Soviet Premier Alexei Kosygin told the head of oil and gas production, “things are bad with bread. Give me 3 million tons [of oil] over the plan.” [50] Former prime minister Yegor Gaidar, an economist looking back three decades, in 2007 wrote:

The hard currency from oil exports stopped the growing food supply crisis, increased the import of equipment and consumer goods, ensured a financial base for the arms race and the achievement of nuclear parity with the United States, and permitted the realization of such risky foreign-policy actions as the war in Afghanistan.[51]

Awareness of the growing crisis arose initially within the KGB which with its extensive network of informants in every region and institution had its finger on the pulse of the nation. Yuri Andropov, director of the KGB, created a secret department during the 1970s within the KGB devoted to economic analysis, and when he succeeded Brezhnev in 1982 sounded the alarm forcefully to the Soviet leadership. Andropov’s remedy of increased discipline, however, proved ineffective. It was only when Andropov’s protege Gorbachev assumed power that a determined, but ultimately unsuccessful, assault on the economic crisis was undertaken.[52]

And back to Castellano:

By 1988, private ownership was permitted in certain manufacturing industries. Ironically, these reforms actually caused the Soviet economy to deteriorate further, as unprofitable private enterprises were now subsidized by the state, and the lack of state oversight of supply lines resulted in shortages of food and clothing, which were unknown even under Brezhnev.[8] …

By the mid-1980s, the Warsaw Pact satellites had ceased to be an economic asset to the Soviet Union, and in fact Gorbachev’s withdrawal had been motivated in part by economic considerations. There was no longer a real danger of war with Western Europe, so the bloc had lost its strategic significance as well.

You know how this story ends. The Wall comes down, communism crumbles in all but Cuba and North Korea, and Russia is further assaulted by “shock therapy,” which it is in no position to cope with.

And yet, even in the months just before the Wall fell, no one predicted that it was about to happen. It was very easy to see, from an economic position, that the USSR couldn’t just keep limping on–even the KGB knew that. But “Communism is broken” is information we’d had for six decades already, and the USSR looked like it was in no hurry to finally go ahead and kick the bucket.

Socialism fails because it prevents economic feedback from directing the flow of resources to the places where they’re needed, but even a terrible system like the USSR’s can keep limping along like it’s going to last forever right until the day it falls.

There are reports now coming out of socialist Venezuela of people eating pets, rats, and worse, each other (I am not quoting the cannibalism article, you can read it yourself. This is from the one about eating cats, dogs, and garbage):

Ramón Muchacho, Mayor of Chacao in Caracas, said the streets of the capital of Venezuela are filled with people killing animals for food.

Through Twitter, Muchacho reported that in Venezuela, it is a “painful reality” that people “hunt cats, dogs and pigeons” to ease their hunger. … People are also reportedly gathering vegetables from the ground and trash to eat as well. … The week before, various regions of the country saw widespread looting of shopping malls, pharmacies, supermarkets and food trucks, all while people chanted “we are hungry.”

Meanwhile, Venezuela’s currency has become so worthless, shopkeepers are weighing piles of notes instead of counting them. 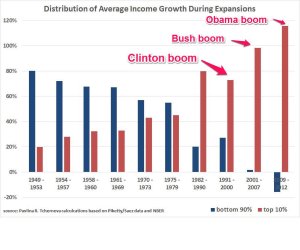 We Americans have our own reasons why we should be concerned, from the death of manufacturing to the increasing national debt. The Federal Budget is about 20% of total GDP. The government periodically threatens to default on its debts while funding wars against non-enemies like Iraq. Obligations like pensions and Social Security are often ridiculously under-funded (to the tune of billions of dollars that investments simply haven’t produced) or depend on infinite population growth–which, of course, no nation can ever maintain. As CNBC reports:

Weak investment performance and insufficient contributions will cause total unfunded liabilities for U.S. state public pensions to balloon by 40 percent to $1.75 trillion through fiscal 2017, Moody’s Investors Service said in a report on Thursday. …

It has been a tough year for the funds, which earned a median 0.52 percent on investments in fiscal 2016 versus their average assumed return rate of 7.5 percent, Moody’s said.

Assumptions. The sheer gall of it is flabbergasting.

Steve Bannon gave this rather insightful speech about our deteriorating economic situation several years ago:

(But you know, underwear is racist so let’s ignore the economy…)

To be continued: Return to  Part 1 or continue to Part 3.)